Meet Colonel John Chiswell, the man who built Scotchtown in Hanover County (the future home of Patrick Henry). In 1766, Chiswell was charged with murder. Witnesses claimed that Chiswell argued with and fatally wounded a man in a tavern. Chiswell was arrested and taken to Williamsburg, where he was released on bond. The populace reacted agrily, believing a rich and arrogant man was about to get away with murder. Before the case could come to trial, however, Chiswell died under mysterious circumstances.
Presenter: Mark Wilcox is a National Park Service Ranger for the Richmond National Battlefield Park. He reprises the role of Chiswell that he first performed for The Parsons’ Cause Foundation in 2015.

To view the program, go to https://youtu.be/QFEVt5T40n0 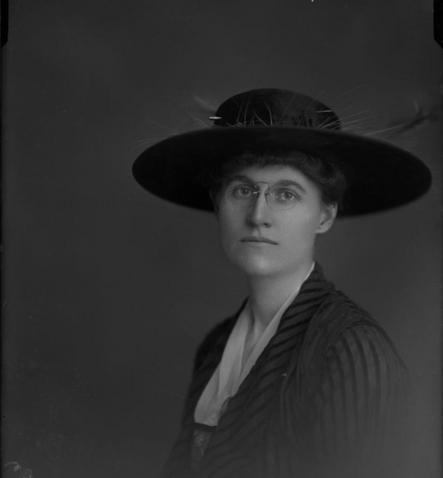 To view the program, go to https://www.youtube.com/watch?v=Eefsv8fRwT0

Meet Richard Henry Lee, a signer of the Declaration of Independence, was an influential Founding Father. In June 1776, he drafted the "Lee Resolution," the motion in the Second Continental Congress that called for independence from Great Britain. He served as the sixth president of Congress under the Articles of Confederation. Once the Constitution was adopted, Lee served as a United States Senator. Presenter Marc Holma graduated from Virginia Tech with a B.A. in history and he holds a M.S. in historic preservation from Ball State University. After serving in the Army as an officer in a tank battalion, Marc taught United States and world history at St. John's Military Academy in Wisconsin. Marc can often be seen portraying Thomas Jefferson at St. John's Church in the reenactment of Patrick Henry's famous "Liberty or Death" speech. He has also portrayed Benedict Arnold for The Parsons' Cause Foundation and elsewhere. Marc is an architectural historian with the Virginia Department of Historic Resources.

To view the program, go to https://youtu.be/5CEmmsD1-2M

Meet Eliza Poe.
Elizabeth Arnold Poe, the birth mother of Edgar Allan Poe, was a talented and highly-praised actress before her death in Richmond in 1811 at the age of 24. Hear her tragically-short life story and enjoy original monologues and songs from her vast repertoire.
Presenter: Debbie Phillips is a well-known local actor and historical guide. She has portrayed Sarah Elmira Royster Shelton, Captain Sally Tompkins and Patsey Henry Fontaine for previous summer sessions of The Parsons’ Cause Foundation.

To view the program, go to https://youtu.be/U9eNCQ-pLAQ

Learn about Nora Houston (1883-1942), Richmond artist, art teacher, and activist.  Miss Houston, the niece of Major James Dooley, was a leading suffragette in Virginia and a founding member of The Equal Suffrage League of Virginia.  She was also a leading voice for racial reconciliation and children's rights.

John Tucker, the President of The Nora Houston Foundation, speaks of Miss Houston's life and work, as well as the work of the Foundation to preserve many of Miss Houston paintings.  On Tuesday, August 18, 2020, the Foundation will dedicate a grave marker at Miss Houston's previously unmarked grave in Shockoe Hill Cemetery in Richmond.  The event will take place at 7:00 pm and is open to the public.  August 18th was chosen as the date for the dedication because it is the 100th anniversary of the ratification of the 19th Amendment, expanding the right to vote to women.

The Parsons' Cause Foundation is pleased to work with The Nora Houston Foundation and St. John's Church Foundation in presenting this program.  Thanks also go to The Friends of Shockoe Hill Cemetery and The Catholic Woman's Club of Richmond (of which Miss Houston was the President from 1934 to 1936).

To view the program, go to ​https://www.youtube.com/watch?v=bTjGHZraD6A